Over the past week we have observed so many surreal phenomena regarding Israel’s Operation Protective Edge.  Some of what we see and hear first hand is incredulous, heart-wrenching, and even miraculous.

It has been said that a fifty year period is needed to appreciate a world event in an historical perspective.  Imagine putting yourself in the prism of history, looking towards the events of the past week from either fifty years ago, or from fifty years into the future.   Add the broader context of Israel, rising from the ashes of the Holocaust, to fight periodic existential wards and at the same time build a world leading modern economy.

We don’t see it, because we are caught up in the moment.  We also don’t see it because, despite having real time access to world events courtesy of the internet, the media runs a narrative that is patently false.  So somebody judging the actions of the average Australian responding to images of bombardment on their TV screens could be forgiven for framing their prejudicial view.  Not so the observer of history from far and beyond.  We ask ourselves “How could decent people allow the Holocaust to occur around them”.  Today we can see why.  Led by the warped and inept global diplomacy of the United States and the United Nations, and reinforced by the moral impunity of media correspondents, the world has gone more than a little crazy.  It has led to constant streaming of vile anti-Semitism on social media, and open expressions of Jew-hatred in the streets of respectable cities, including Perth. 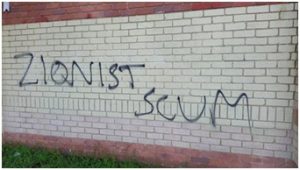 Taking our scenario of viewing contemporary events from the lens of far flung time period, imagine what people would observe and conclude?  If presented with the picture of thousands of rockets being fired at Israel, that are for the most part either falling harmlessly or being blown out of the sky, would they believe it?  Would they understand that the tolerance threshold of Israel that was tested beyond reasonable limits before an untenable situation demanded a military response?  What would they think about the billions of dollars of international aid (and associated criticisms of marine border control) with the knowledge that Hamas used their resources to use concrete to build tunnel infrastructure instead of civil infrastructure?  When they discover that UN facilities are used to store bombs, that kids textbooks teach jihad, that ambulances courier bombs and bombers, that the media is manipulated, would they perhaps ask themselves why nobody stood up to this and put a stop to it?

Although it is patently clear that all the unfortunate deaths that we see could have been avoided by Hamas simply taking the decision not to attack Israel, one of the dominant feelings is that falsehoods and partial truths in the media are rampant, and are literally life-threatening to Israelis and Jews.

Below is a range of stories, experiences, statements, and some bizarre elements of this conflict that fit the “you can’t make this stuff up” category of moral inversion.  It is a random collection of links and examples of what is not being communicated. In Israel itself things are unfortunately slightly more complicated than they appear from the serene and conflict free shores of Perth, some 11,000 kilometres away.  However we have a duty to remain informed.

What you may have missed in the past week: 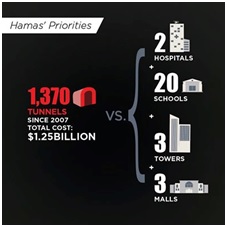 From a social media feed the following was posted:  “From the 48 Hamas prisoners that have been captured, the intelligence have been interrogating them and the most terrifying, and horrific picture is being built.  They are being investigated about the many tunnels that have been found and dug under many kibbutzim that surround Gaza. The most terrifying detail is being uncovered that Hamas had a plan to attack all the settlements and kibbutzim in the area this year on Rosh Hashanah with an invasion of over 200 terrorists into almost all the settlements in the area. The tunnels went under the kibbutzim under the kindergartens and dining rooms and other areas within the kibbutz perimeters. They planned to occupy the whole area and kill as many Israeli as possible. This could have been the worst terror attack in the history of terrorism. Thousands of people, including women and children would have been slaughtered in this planned attack.  I think now we start to understand how dangerous these tunnels really are. They all have to be destroyed and we cannot leave even one undetected or unattended to. These tunnels are more dangerous than any rocket or any other weapon.”  A full roundup of intelligence on the Hamas tunnels and planned mega-attacks is available from Israel Matzav.

To end on a more heartening note, the unity and hope of the Jewish people has never been stronger, and the spirit of Israel is unbreakable.   Sgt Sean Carmeli was killed by Hamas terrorists defending Israel.  As he was an immigrant to Israel and had no local family, some 20,000 people instantly became his relatives and turned up to his funeral to pay their respects.  What other nation in the world would spontaneously pay such a tribute to one of their fallen servicemen?  It was also noted that in the past week more people have made Aliyah (immigrated to Israel) from the Jewish diaspora than the number of missiles fired into Israel by Hamas.

Communities around the world have been sending messages of support, supplies and funds to Israel.   The Jewish Federation of Northern New Jersey has received notice from EL AL requesting that all  collections be stopped because the overwhelming response had outpaced the airlines ability to handle the good will.

In Perth a local community Rabbi has facilitated the collection and dispatch of donated supplies for soldiers and their families.  The response was overwhelming and further collections have gathered pace. 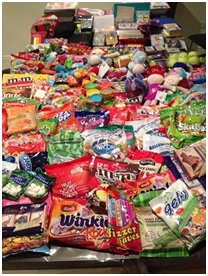 A picture of donated goods from Perth to Israel.

Israel will win this war.  At what cost we do not know, and the cost of every person’s trauma, discomfort, and in every instance the loss of any life is a cost too high.  What we need more than anything now is context, so that the  truthful information about what is occurring, and why it is occurring, is accessible to all.  There are many who are need to move beyond their bigoted Jew hatred.  Our media need to be called to task, and our leaders need to remain strong and steadfast.