Last week I had the pleasure of attending the UIA annual appeal at the Perth Convention Centre. The presentation was very professional, and in particular Greg Sheridan as the keynote speaker gave a very insightful and relevant presentation. Amongst the topics he addressed was the threat of an Iranian strike, and the “no win” decision that confronts Israel with respect to a pre-emptive strike.

The UIA engages in some important development projects in Israel, and amongst other good causes, is deserving of as much support as we can provide.

Alongside the UIA I received a number of appeal notices last week. International organisations such as the Simon Wiesenthal Center, and Honest Reporting sent out notes soliciting funds. Within Australia there was Hadassah, JNF, and MDA, all collecting for good causes in Israel.

I have no problem with these fundraising bodies, and only wish I was in a position to give more.

However, I did notice a common theme that ran through each of the appeals put in front of me. That theme runs along the line of “Israel is under threat, and therefore I should give”. Credit to the UIA for also presenting the positive side of Israel – it’s technology and science, it’s youth and it’s culture. However they too placed emphasis on the point that Israel is a place of refuge for the Jews and without Israel the Jewish people have no escape from persecution.

The observation I made was that this message speaks to a particular demographic. The older generation, those who lived to witness the existential threats confronting Israel in 1948, 1967 and 1973 can indeed personally relate to this. For the younger generation, I do not see that the mere concept of a world without Israel seems even remotely comprehensible. The idea of Israel as the solution to Jewish victimhood simply does not resonate.

In the few days since the UIA function there has been proof enough that the unpleasant reality of the defensive role that Israel needs to provide as a Jewish nation is sadly very necessary and true. Hundreds of rockets have been aimed into Israel. Hundreds of thousands of people have taken shelter. School has been suspended. Miraculous scenes have been witnessed as missiles have been intercepted mid-air. One shudders to think of what could happen if even one of those missiles struck a populated area of Israel.

The global press coverage has been astonishing in its tone. According to the West Australian this is “tit for tat violence”. The headlines have screamed “Israel attacks Gaza”. They have reported that 25 Palestinians including civilian children have been killed. It is only later you learn, if at all, that Israel engaged in a targeted response against a sovereign invasion. How is it that the media can ignore the moral distinction between terrorists firing at civilians, aiming to inflict mass casualties, and Israel responds by attempting to eliminate the threat, all the while doing whatever it can to avoid any civilian casualty? The media simply have no regard for the truth. 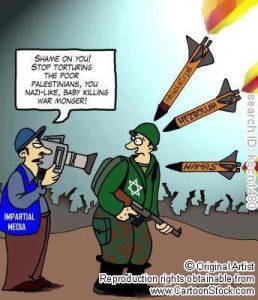 As much as we often hear that modern Jewish identification needs to move away from the notion of a “victim mentality”, there is a sad reality that cannot be dismissed. Jewish history, ancient and modern, is littered with campaigns of genocide, such as the one being directed against the modern Jewish State by the Palestinian leadership (both in Gaza and Ramallah). We cannot deny this, and we cannot shelter ourselves from this. It is a necessary part of understanding what confronts us and how to contend with it.

I have, and still do, object to Jewish identity that is based solely on the downtrodden Jew. What type of young Jew is enticed to identify with his or her people on the basis that everybody despises our moral fabric, love of life, and prefers us to be dead? The Jewish religion and lifestyle is rife with festivities, joyful and meaningful celebration, knowledge and intellectual engagement, and is intensely rewarding when effort is extended to do mitzvot and sanctify the ordinary.

In short, we need a mix of emotions to encompass our modern day identity. To pretend that a threat doesn’t exist, or that Jewish history has not been an often tragic experience is a dishonest transmission to the next generation. To take the despair and deliver this as the totality of Jewish identification is even more dishonest.

The UIA struck a balance well in its annual appeal presentation, and kol hakavod to them for the way in which their presentation was structured. Some other organisations are not as cognisant of the perception that they send out to their future members, and remain satisfied that they can leverage off Jewish misery in order to inflate their appeal donations. It is this type of “crisis” oriented fundraising that I believe is outdated, and contributes little to Jewish pride and the positive construct of nation building.